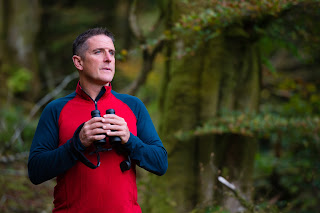 An exhibition featuring the ground-breaking work of a remarkable Welshman who discovered the process of evolution by natural selection alongside Charles Darwin will be opened by leading Welsh naturalist Iolo Williams at Aberystwyth University’s Old College on Thursday 8 February 2018.
Wallace: The Forgotten Evolutionist? tells the story of Alfred Russel Wallace, one of the most prominent evolutionary figures of the 1800s.
On loan from Amgueddfa Cymru-National Museum Wales, the exhibition will showcase a striking selection of the natural history specimens collected by Wallace as part of his research, including bugs, butterflies and birds.
During his lifetime, Wallace collected more than 125,000 animal specimens, published more than 800 articles and wrote 22 books. Most famously, he had the revolutionary idea of evolution by natural selection entirely independently of Charles Darwin. In officially opening the exhibition to the public on Thursday 8 February, Iolo Williams will speak about h…
1 comment
Read more 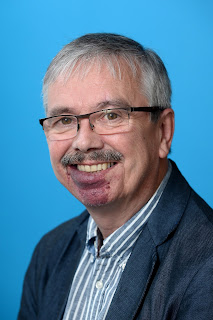 Aberystwyth University is pleased to announce the appointment of Dafydd Rhys as Director of Aberystwyth Arts Centre.
He will take up his new post at the helm of Wales’s largest arts centre on Monday 5 February 2018.
A Council member of the Arts Council of Wales, Dafydd Rhys was Director of Content at S4C from 2012-2016.
During this time, he was responsible for leading a team that commissioned a diverse range of programming including the Hinterland detective drama series, which was filmed in Ceredigion and which has been sold across the globe.
The Vice-Chancellor of Aberystwyth University, Professor Elizabeth Treasure, said: “Dafydd Rhys has extensive experience in the creative industries in Wales and I am delighted that he will be joining the University as Director of our award-winning Aberystwyth Arts Centre. He brings with him an inspirational vision for the future of the Arts Centre, which plays such a pivotal role in the cultural life of our campus, our community and our nation.”
D…
1 comment
Read more
More posts