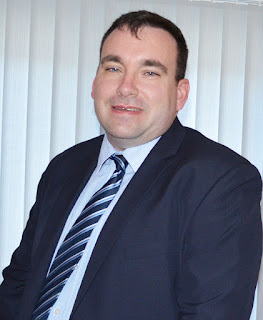 Well, that made us sit up and pay attention!
After all the fuss about tax credits, the Chancellor George Osborne did what can only be described as a U-turn when he presented the Autumn Statement and Spending Review in Parliament.
His speech (the first Autumn Statement of this Parliament) and the supporting documentation presented to the House of Commons set out both tax and economic measures.
Here’s our summary of what happened . . .
In a nutshell, we saw -
changes to the prospective Tax-Free Childcare scheme reversal of most of the tax credit proposals retaining the 3% diesel supplement for company cars which was to be abolished the introduction of an apprenticeship levy proposals to restrict tax relief for travel and subsistence expenses for workers engaged through employment intermediaries the intro…
Post a comment
Read more

December 02, 2015
The latest 'On Song' column (about the choral scene in and around Llanelli) from the Llanelli Star -

Best medicine:
Doctor Phil Evans, specialist in humour-ology, here!
At your service 24/7.
Do step into my consulting room and take a seat.
No! Not that one! The cat was just sick over it.
What caused it to be sick? How do I know? I’m a doctor, not a vet.
It’s often been said that laughter is the best medicine.
Although if you’re diabetic, I wouldn’t advise you to chuck out your insulin and binge on a boxed-set of Dad’s Army DVDs . . .
However, it’s on record that people with serious illnesses can be helped back to recovery by having laughter therapy.
In one American study, heart attack patients were divided into two groups: one half was placed under standard medical care while the other half watched comedy DVDs for 30 minutes each day.
After one year, the ‘humour’ grou…
Post a comment
Read more
More posts