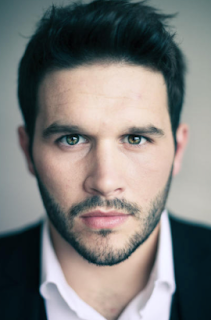 The latest On Song column from the Carmarthen Journal and the Llanelli Star, by Robert Lloyd

Tickets for Loud Applause Production’s Night with the Stars concert in Llanelli in November are selling fast.
The concert, at Ffwrnes Theatre, is at 7pm on Saturday, November 4 and will feature popular Welsh tenor Trystan Llŷr Griffiths, who hails from Pembrokeshire.
Trystan was one of the first recipients of a Study Award from the Bryn Terfel Foundation. He was named the Voice Of Wales by Decca Records in 2012 in an S4C TV series.
Trystan studied initially at University of Wales Trinity Saint David for a Theatre, Music and Media degree. He subsequently completed an MA degree in Vocal Studies at the Royal Academy of Music and a further postgraduate degree in Opera Performance at the Royal Welsh College of Music and Drama.
He completed his studies as a Trainee at the National Opera Studio in London.
Prizes and awards include: Ian Stoutzker Prize 2014; Richard Van Allan Award 2014; Bruce Millar Gulli…
Post a Comment
Read more
More posts